In February 2012 I invited Atwood "At" McIntosh, an eighth-generation Kingstree, South Carolina cotton producer to attend a tour of Cotton Incorporated's World Headquarters in Cary, North Carolina. These tours are aimed at showing cotton producers all of the research and promotion being carried out by the Cotton Research and Promotion Program.

During the tour, while seeing all of the resources available at Cotton Incorporated, At had an idea to take the cotton produced on his farm and create a quality men's shirt made entirely in the United States. Shortly after the tour, At contacted me about his idea and I put him in touch with David  Early, Senior Director of Supply Chain Marketing at Cotton Incorporated.   With David's expertise and guidance, At was able to get his idea off the ground and his company, Homegrown Cotton, was born.

At produces  his  cotton in Williamsburg County, S.C. , he then gins it at Tri County Gin in Salter, S.C. From there it is  taken to Hill Spinning in Thomasville, N.C. to be spun into yarn. The next process is to have the yarn knitted into fabric at White Plains Knit Fabrics in Jefferson, S.C. and  the fabric is then dyed at  South Fork in Lincolnton, N.C. The final step is to ship the fabric to Craig Industries in Lamar, S.C. to be cut, sewn , assembled and embroidered. The final product is a premium Homegrown Cotton shirt.

Find out more about Homegrown Cotton's story and shop on their Web site or visit their Facebook page. 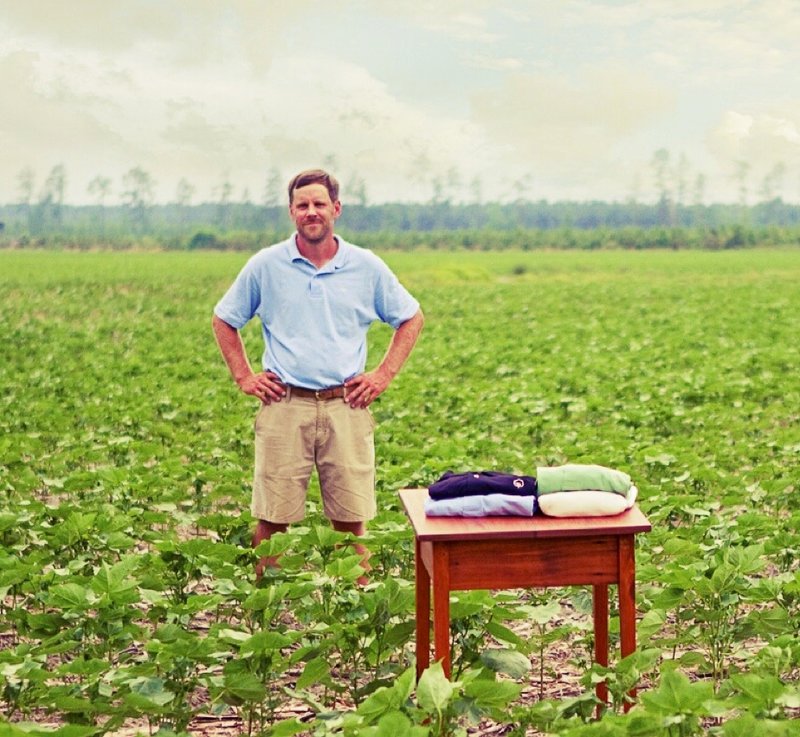